Contact Us Online 1-859-217-4640
Photo Gallery
Home»Basement Waterproofing»Photo Gallery»Water seeping into the basement in several places is resolved in Melbourne, KY

A home in Melbourne, Kentucky, had begun to leak water into the basement in several places.  The homeowner called The Basement Doctor of Cincinnati to find a solution to this problem.  After meeting with one of our Certified Inspectors, Jeff, the homeowner decided to have WaterGuard Basement Waterproofing System, a SuperSump Premier Sump Pump System, BrightWall Panel, and a WellDuct Window Well Drain installed to resolve the problems in the basement. WaterGuard Basement Water Proofing System is a patented Basement Systems product.  The WaterGuard Basement Waterproofing System is a sub-floor piping system that is used to intercept water that is seeping into the basement.  The water is then drained into a sump pump system to be removed from the basement.  The sump pump chosen for this project is the SuperSump Premier Sump Pump System.  The SuperSump Premier Sump Pump System is a high-end 1/3 hp Zoeller pump.  The SuperSump can pump up to 2,650 gallons of water and up to 1/2" solids smoothly and quietly.  This system also has a WaterWatch Alarm System that will sound if the water reaches the point that the pump should have turned on.  This will give the homeowner a warning that there is a problem with the system that needs to be resolved.  The SuperLiner is a heavy-duty liner that will not cave in or crack.  The Airtight Lid will keep objects from falling into the liner, keeps out odors and insects and is durable enough to have things stored on top of it.   The BrightWall Panel is used to cover walls and drain wall leaks down into the drainage system that is installed below the panel.  BrightWall Panels can also be used like traditional paneling to cover the walls to give the basement a semi-finished look.  A WellDuct Window Well Drain is used to drain the window well to keep it from flooding and leaking water into the basement.   All of these products working together will help the homeowner to have a dry basement.  Call The Basement Doctor to learn how we can turn your damp, musty, wet basement into a dry basement that can be used for storage or extra living space. 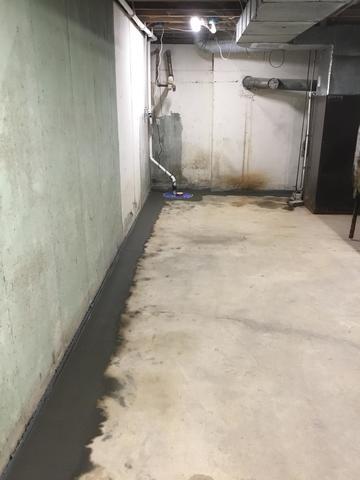 WaterGuard has been installed under the floor at the foundation wall. This will intercept the water that seeps into the basement. It then drains the water into the sump pump system to be removed from the basement. 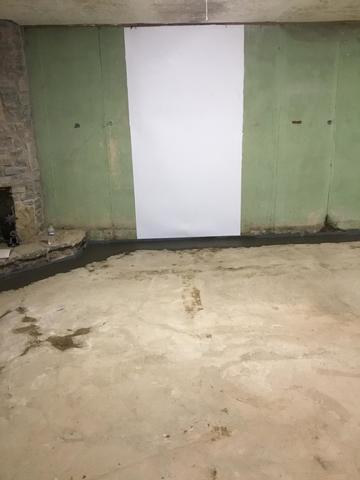 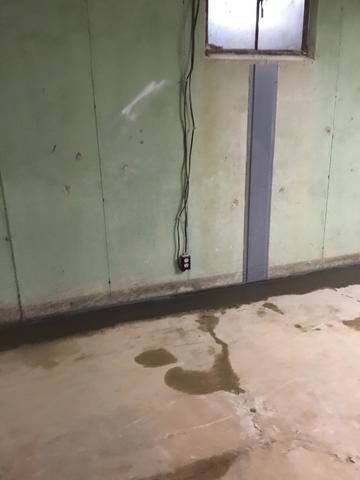 The WellDuct Window Well Drain has been installed to drain the water from the window well down into the WaterGuard and removed from the basement. Ask a Certified Inspector for more information.