A homeowner in Ft. Thomas Kentucky was having problems with water seeping into the basement after a heavy rain.  The water would flow into a drain in the middle of the floor.  A sump pump had not been installed.  The house was built in the 1920s and had an unfinished, poured concrete basement that the homeowner planned to finish in the near future.  The homeowner called The Basement Doctor of Central Kentucky to find solutions to this problem.  The homeowner met with Jeff, a Certified Inspector, who recommended that WaterGuard Basement Waterproofing System and a TrenchDrain is installed.  The WaterGuard and TrenchDrain will intercept the water that is seeping into the basement and drain the water into a sump pump system, such as the SuperSump Premier Sump Pump System.   The SuperSump Premier Sump Pump system is a high end 1/3 hp Zoeller cast iron pump.  It includes the WaterWatch Alarm, the SuperLiner and a specially designed Airtight Lid that keeps water from evaporating back into the basement and has a special knockout that you can drain the dehumidifier into.   He also recommended Foamax Basement Insulation.  Foamax Insulation is an advanced polyisocyanurate foam insulation with white foil finish on the front and a foil vapor barrier on the back.  Foamax not only insulates your basement, but it can also drain water leaks down into the WaterGuard Basement Waterproofing System and gives your basement a semi-finished look.  It can also be covered when you finish your basement.   Jeff also recommended a SaniDry Sedona basement Air System.  The SaniDry filters and dries the air.  Having too much humidity in the basement encourages mold growth, musty odors and makes the basement environment uncomfortable.   With these systems working together the homeowner can now finish the basement without having to worry about musty odors, humidity or water intrusion. 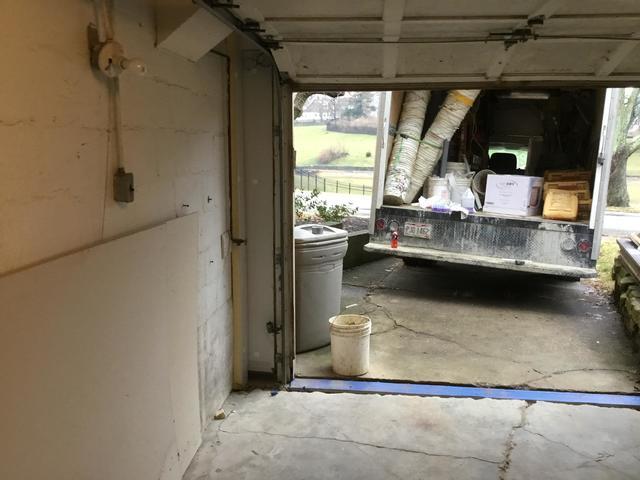 The TrenchDrain is a grated drain that will be connected to the WaterGuard. The WaterGuard will drain the water that is seeping into the sump pump system. 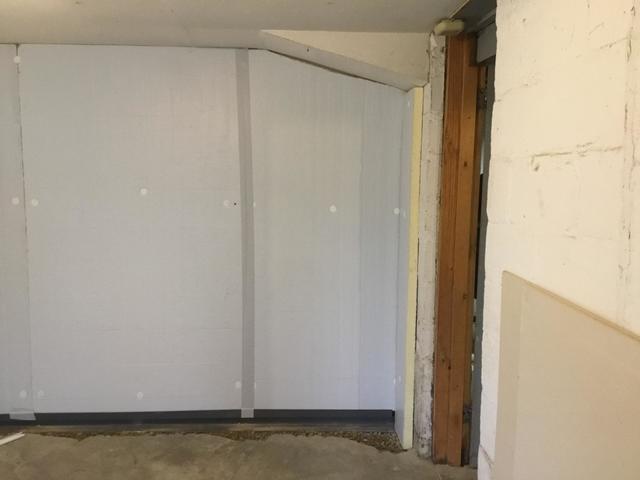 Here you can see how the foamax is tucked into the WaterGuard at the bottom of the wall. 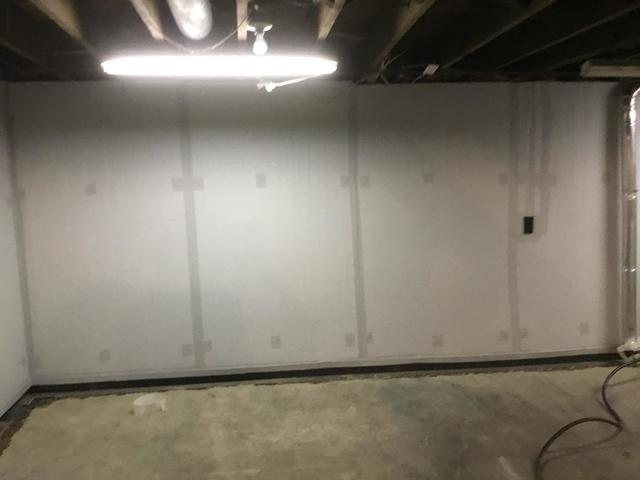 Here you can see the WaterGuard piping has been installed. This will intercept any water that is seeping into the basement and drain it into the sump pump system. 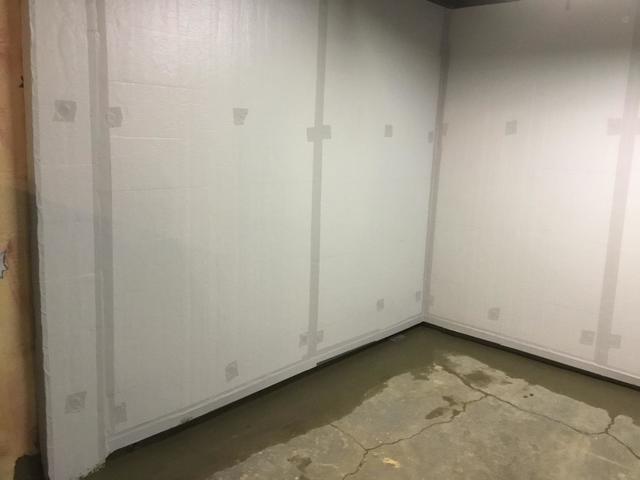 This is the finished WaterGuard System. 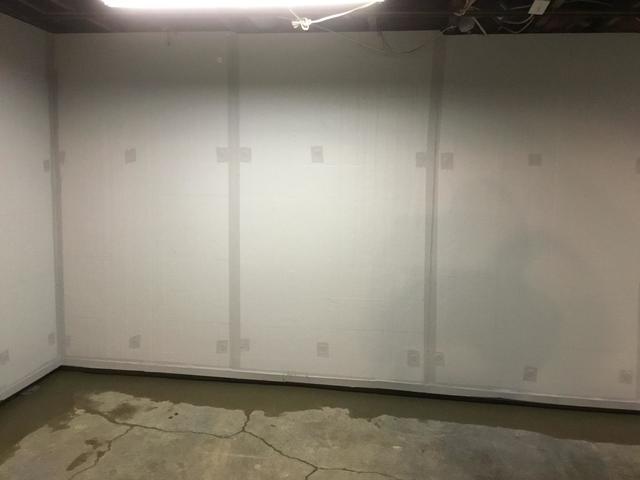