A Pineville, Kentucky homeowner was having problems with water seeping into the basement.  The home is about 60 years old and has a block foundation.  A sump pump had not yet been installed.  The homeowner met with Brice, a Certified Inspector, who recommended that WaterGuard Basement Waterproofing System and a SuperSump Premier Sump Pump System is installed to resolve this problem for the homeowner. WaterGuard Basement Waterproofing System is a piping system installed into the floor along the foundation walls.  This piping system intercepts the water that is seeping into the basement and drains it into the sump pump system to be pumped out of the basement. The SuperSump Premier Sump Pump System is a high-end 1/3 hp Zoeller Sump Pump that includes the WaterWatch Alarm, SuperLiner and Airtight Lid.  The WaterWatch Alarm will sound if there is a power or pump failure.  This will alert the homeowner to a problem with the system that needs to be resolved.  The SuperLiner is a rugged liner that will not cave in or crack.  The Airtight Lid is a super strong lid that also keeps water from evaporating back into the basement, keeps objects from falling into the liner and quiets the pump. These systems now installed, the homeowner will now be able to use the basement for storage without worrying about water intrusion. 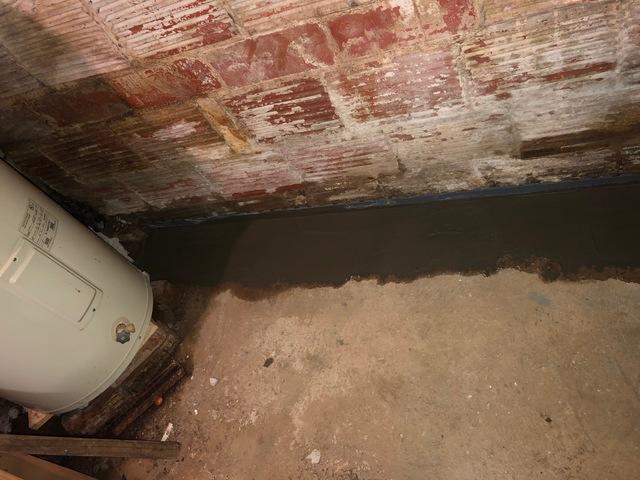 WaterGuard Basement Waterproofing has been installed along the foundation wall to intercept the water that is seeping into the basement. 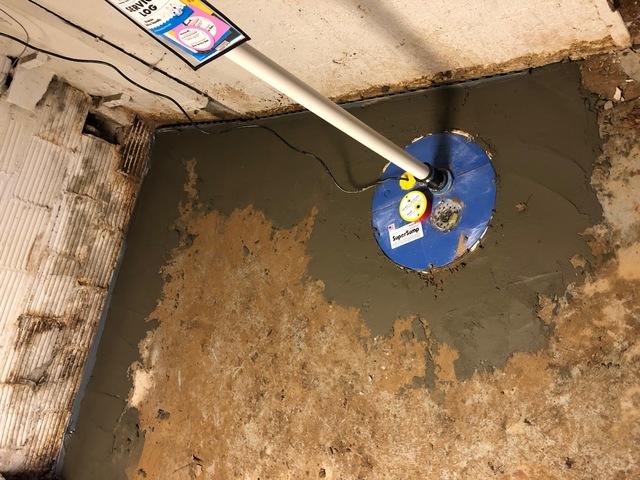 The SuperSump Premier Sump Pump System will pump the water out of the basement. This will give the homeowner a dry basement that they can use for storage without worries of water intrusion.