Contact Us Online 1-859-217-4640
Photo Gallery
Home»Sump Pumps»Photo Gallery»Water that was seeping into a basement resolved with a SuperSump and UltraSump Pumping Systems in Ft. Mitchell, KY

Sump Pumps - Water that was seeping into a basement resolved with a SuperSump and UltraSump Pumping Systems in Ft. Mitchell, KY 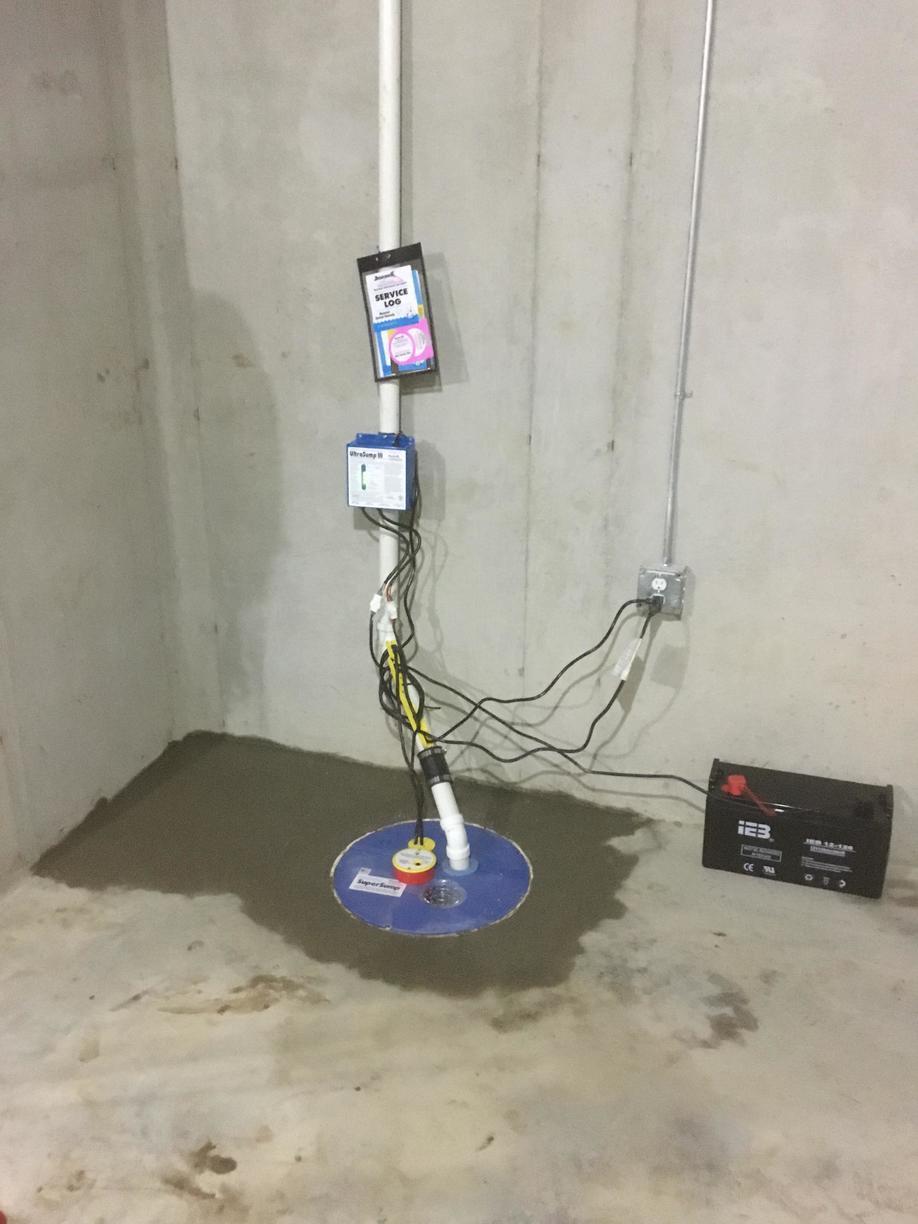 A Ft. Mitchell, Kentucky homeowner was having problems with water seeping into the basement at the floor near the wall.  The homeowner called The Basement Doctor of Central Kentucky and met with Roger, a Certified Inspector, to find a solution to this problem.  Roger recommended a SuperSump Premier Sump Pump System and an UltraSump Battery Back-up System is installed to resolve the problem.

SuperSump Premier Sump Pump System is a high-end 1/3 hp Zoeller sump pump.  It also comes with the WaterWatch Alarm, the SuperLiner, and the Airtight Lid.  The WaterWatch Alarm will sound if there is a primary pump or power failure to alert the homeowner to a problem that needs to be resolved before damage occurs.  The SuperLiner is a rugged polyethylene liner that has holes in it to allow water to also flow directly from under the floor.  The Airtight Lid quiets the pump, prevents water from evaporating back into the basement, keeps things from falling into the liner and also keeps out bugs and odors.  The UltraSump is a battery back up system so that if there is a problem with the primary pump or if there is a power failure, this pump will automatically turn on. The UltraSump will run on battery power and comes with its own battery and charging station.