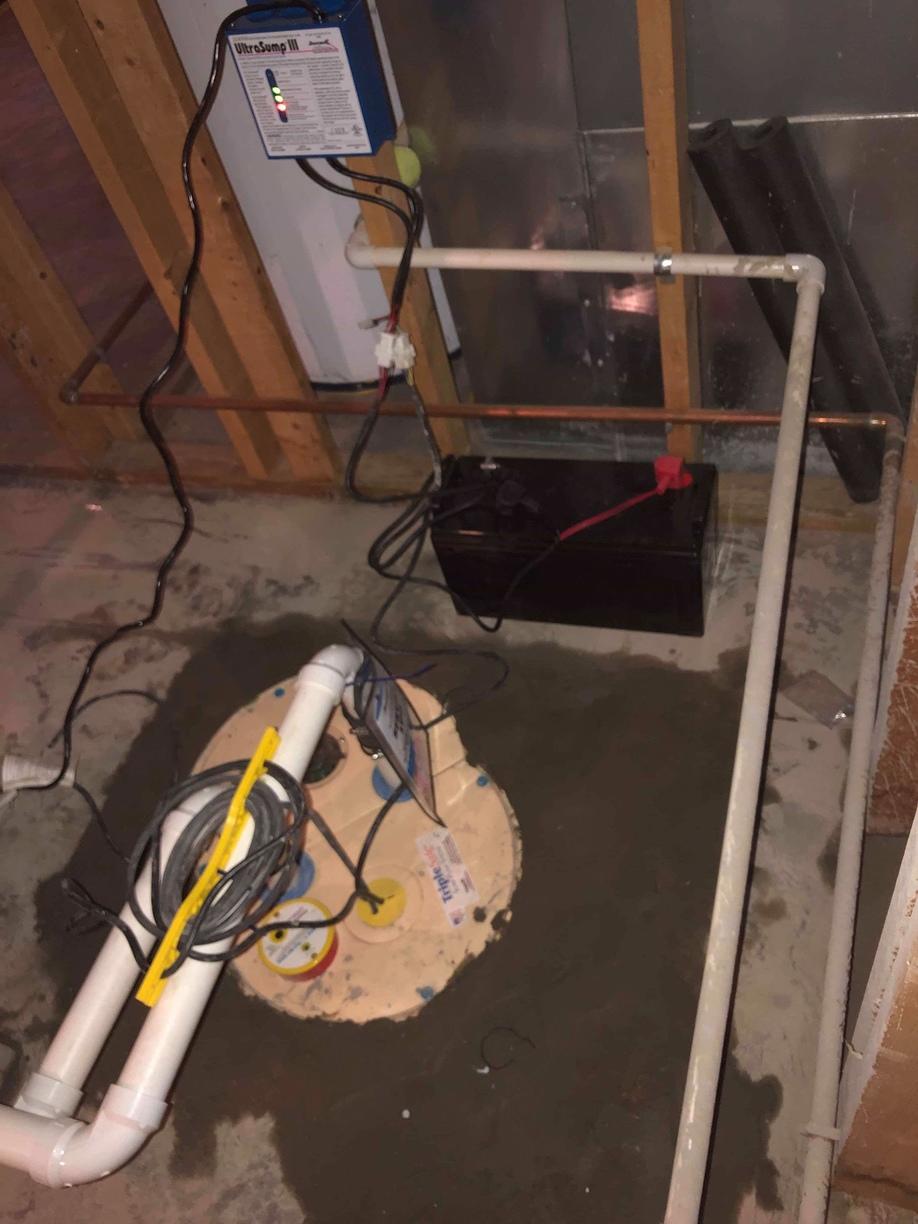 A Georgetown, Kentucky homeowner was having problems with water seeping into the basement during heavy rains.  We installed a TripleSafe Sump Pump system in the basement to resolve this problem for the homeowner.

The TripleSafe Sump is a 3 pump system.  The first pump is a 1/3 hp pump that does the pumping most of the time.

Pump 3 is an UltraSump Battery Back-up Pumping System.  If the power fails, the UltraSump turns on and operates on battery power to remove the water.  It includes a battery and an automatic charging system.

The TripleSafe Sump Pump also includes a figure eight shaped liner that will fit all three pumps.  The WaterWatch Alarm that will sound an alarm if the water reaches the point that the pump should have come on to alert the homeowner to a problem.