A Bellvue, Kentucky homeowner was having problems with a bowing wall, moisture, and mold in the basement.  The home was built in the early 1900s, has a block foundation and a sump pump had not been installed.  The homeowner called The Basement Doctor of Central Kentucky and scheduled an appointment with Austin, a Certified Inspector, to find a solution to the problems they were having in the basement.  Austin recommended that PowerBrace System, WaterGuard Basement Waterproofing System, a TrenchDrain, SuperSump Premier Sump Pump System, a SaniDry Sedona Dehumidifier, and BrightWall Paneling System is installed to resolve the problems in the basement. PowerBrace System is steel I-beams that are secured tight against a bowing wall with brackets attached to the floor and floor joists.  These steel I-beams will immediately stabilize the wall from any further movement and they have an adjustable bracket that is designed to be tightened over time and can potentially reverse the wall failure. The WaterGuard Basement Waterproofing System is a piping System that is installed in the floor along the foundation walls to intercept the water that is seeping into the basement.  A TrenchDrain is a piping system with a grated top that is installed along hatches and doorways to allow water to drain in through the grated top.  Both systems drain the water into the sump pump system to be pumped out of the basement. The SuperSump Premier Sump Pump System is a high-end Zoeller 1/3 hp pump.  It includes the WaterWatch Alarm that will alert the homeowner during a pump or power failure allowing them time to resolve the problem before damage can occur.  The SuperLiner is a rugged liner that will not cave in or crack.  The Airtight Lid keeps moisture from evaporating back into the basement, keeps things from falling into the liner, keeps out insects and odors and quiets the pump. The SaniDry Sedona dries and filters the air keeping the humidity low in the basement.  Too much humidity can make the basement uncomfortable and also encourages mold growth and musty odors in the basement.  BrightWall Paneling System is 4x8 sheets of plastic paneling that is permanently attached to the basement walls.  The BrightWall Panels will also drain wall leaks down into the WaterGuard to be pumped out of the basement.   These systems working together will allow the homeowner to be able to fully use the basement for storage or extra living space without worries of water intrusion.  A healthier environment in the basement will also improve the environment in the upstairs living areas. 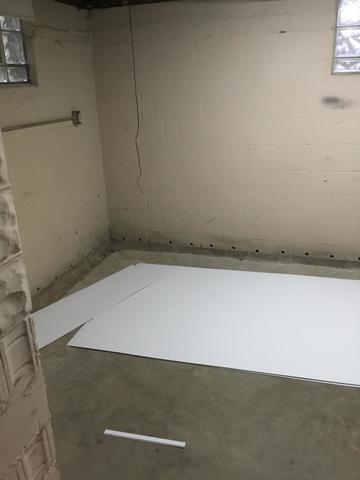 BrightWall Paneling System is plastic paneling that is permanently installed to cover the walls, stop water vapor from seeping into the living space and drain wall leaks. 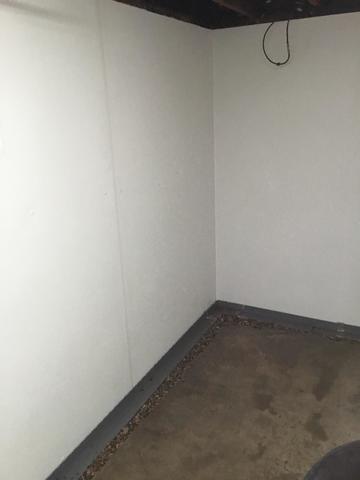 BrightWall Panels really brighten up the basement and give it a semi-finished look. 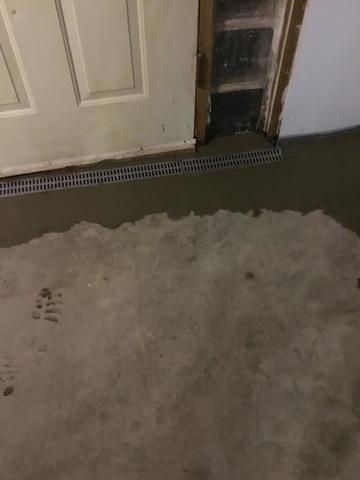 The TrenchDrain is a piping system with a grated top that sits flush with the floor and allows water to drain in from the top.

WaterGuard Basement Waterproofing System intercepts the water that is seeping into the basement and then drains it into the sump pump to be pumped out of the basement. This keeps the basement dry and gives the homeowner a more usable space. 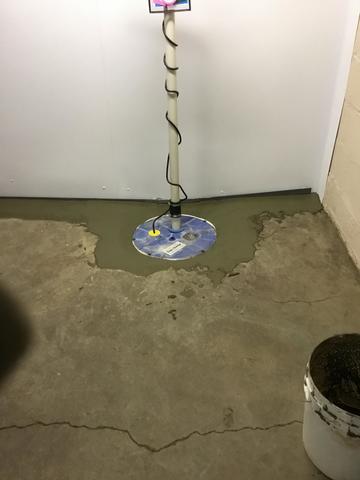 The SuperSump Premier Sump Pump System is used to pump the water out of the basement.