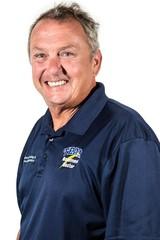 Steve has been a Certified Inspector for The Basement Doctor since 2004.  He has over 23 years of experience in concrete, construction, and environmental issues.  He enjoys listening to the problem of his customer, diagnosing the problem, and then solving.  Steve has over 1000 customers!

When he is not busy attending to his customers, you will find Steve spending time with his family, golfing, tending to his tropical plants, and just simply enjoying the outdoors.

Customer Reviews
About Me

A bowing wall in a basement is resolved with the...

Water seeping into a basement is resolved with...

WaterGuard and SuperSump to resolve water...

Before and after photos from jobs I've worked on:
Back to Previous Page Back to Meet The Team